Thanks for your participation in the Colorado tour, March 1st to the 14th:
Michael Milligan in "Mercy Killers" 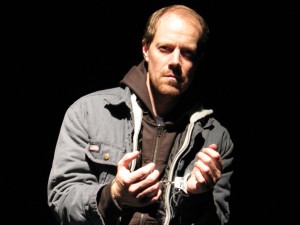 One man, one show, one hour that will change you forever.

Theater Reviews from around the country for Mercy Killers:

Raw, emotional and devastatingly honest. When Joe's wife is diagnosed with cancer and the health insurance company refuses to pay, his life and his beliefs begin to fall apart. Broadway actor Michael Milligan's solo show gives an insight into the destructive personal impact of the American health care system. It makes public the private stories of thousands of Americans and shows an urgent need for change in a system failing so many. His performance is incredibly powerful and passionate, sweeping the audience up in Joe's story; making them laugh sometimes and bringing them to the edge of tears at others. Milligan has written a beautifully moving and thought-provoking piece that will leave you feeling a mixture of thankful, angered and saddened.

This searing one man show manages to make politics personal, largely thanks to a heart-breaking performance from leading man and Broadway actor Michael Milligan. What could have been painfully simplistic or horribly over-played, is executed with considered pace here, in all its devastating detail unfolds.

Journalist Aaron Smith, Ohio: "His play, first and foremost, is an attempt to speak out on behalf of the gross numbers of individuals who have spiraled into bankruptcy as a result of medical debt. In performance, however, Milligan does much more than this. With an eye toward individualism and the American dream, Mercy Killers ultimately calls for much more than medical reform reform of the values that comprise our culture today."