A Public Option Could Be Costly For Coloradans

HB19-1004 was well intentioned, as is the recently submitted proposal for implementation.  Health Care for All Colorado (HCAC)  thanks the sponsors of HB19-1004 for bringing this bill forward with the objective of providing more affordable health care coverage.  HCAC also appreciates the work of the HCPF and DOI in including stakeholders from across the state in developing the implementation proposal.

However, the Colorado Public Option Plan, like every other proposal other than Medicare-For-All, revolves around premiums, profits, and markets, the very factors that make our current system so expensive and incomplete.  If it does not fail entirely (like the vaunted co-ops of Obamacare) it will make only a small dent in the expense, complexity, and cruelty of our current system.

The goal of Health Care for All Colorado (HCAC) is to achieve universal, affordable, accessible, undeniable and portable health care for all Coloradans.  HCAC supported HB19-1004, A Proposal for Implementing a Competitive State Option for More Affordable Health Care Coverage.  HB19-1004 requires the Colorado Department of Health Care Policy & Financing (HCPF) and the Division of Insurance (DOI) to develop and submit a proposal concerning the design, costs, benefits, and implementation of a state option for health care coverage to Colorado’s General Assembly by November 15, 2019.

HCAC appreciates attempts to increase affordability, but, after review of the final report and recommendations, has concluded that the proposal is flawed in many ways as it...

On this day fifty-four years ago, President Lyndon B. Johnson signed Medicare into law, guaranteeing millions of Americans over 65 health care who were previously left in the dark, unable to afford a private plan or who were solely dependent on the kindness of family, friends and neighbors. Fifty-four years later, Health Care for All Colorado and health care activists across the country are still fighting for Improve Medicare for All to guarantee that same right to all Americans.

Honoring a Giant of our Health Care Movement

With a fitting theme of “Think Universal, Act Local: Preparing the Colorado Movement for 2020” the conference included a keynote speech from Wendell Potter, a former corporate communications exec for Cigna.

After seeing one too many people taken advantage of by the industry he was paid to protect, Potter now works to debunk health care industry lies and awaken voters to wield their power. He shared powerful insights, which are also featured in his book, "Deadly Spin: An Insurance Company Insider Speaks Out on How Corporate PR Is Killing Health Care and Deceiving Americans,” A New York Times bestseller. For  those who missed the conference, you can view a Facebook Live recording of an interview with Potter at the event.

As the end of ACA sustainability looms on the horizon, you may be asking yourself, “What comes next?”

There are numerous proposals for versions of Medicare for All as well as several public option ideas.

For a side-by-side, detailed comparison of what ideas are floating through the halls of Congress, click here:
Side-by-Side Comparison of Medicare-for-all and Public Plan Proposals Introduced in the 116th Congress (Kaiser Family Foundation)

READ THE FULL TEXT OF THE BILL HERE.

As we review the bill text, we will update this website with relevant news and information regarding this important step towards achieving health care for all in the United States.

This blog post is a heartbreaking one to write. One that actually had to be re-written completely in light of national election results.

But first, we must commend our peers at ColoradoCareYES that led the ONLY Colorado ballot measure that was originated and funded by the people of Colorado and not special interests. We've long held that the fight for social justice and equality in health care is a long, multi-year battle. We were hopeful that it would finally come to fruition this year. We are disheartened that it hasn't, but this is a real fight that continues on, and we look forward to working like-minded groups in common cause to eventually succeed.

The future of health care for Colorado and the nation is now in serious jeopardy. With the failure of Amendment 69, Colorado lost its best chance to improve health care for all of our residents. In the closing weeks of the campaign we saw it coming. Thanks to being massively outspent by the private insurers, who used millions of dollars directly from our insurance premiums, the opposition to universal health care was able to convince the public that saving money would somehow cost more.

This blog could be about "what went wrong" with the campaign. But there will be plenty of time for the full campaign autopsy to come. In fact, there are several meetings already scheduled to help understand what happened and how to improve.

Instead, I will cover the "what to expect" aspect of the state and national election outcomes, and how you, HCAC, and other groups can rally together to make real progress.

"Coloradans for Coloradans" Funding Neither For Nor By Coloradans

Denver, CO - The first campaign finance reports of the election year drew a stark contrast between the "people over profits" campaign in support of ColoradoCare, Amendment 69, and the corporate insurance industry interests that are lining up to defeat it.

"Unfortunately for the inaptly named Coloradans for Coloradans, their fundraising reflects the character of the corporate insurance industry whose grip on health care they are trying to defend," said Owen Perkins, Director of Communications for ColoradoCare.  "To preserve a status quo that puts profits first and prioritizes eight-figure CEO salaries over the well-being of patients, Coloradans for Coloradans collected 99.85% of their funds from corporations." 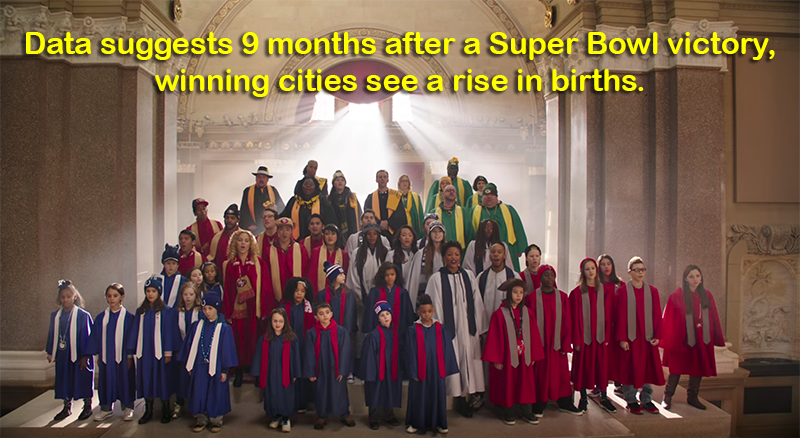 If you watched the Super Bowl yesterday, or at least the commercials, you probably noticed an interesting NFL Commercial that makes the claim that nine months after a victory, the winning city experiences a baby boom. This is apparently due to elated fans taking their joy to the bedroom after the game.

Assuming this to be true, and understanding that most healthy people of childbearing age are covered by for-profit health insurance with deductibles, then it is no stretch to realize that a lot of Colorado couples will be bumping into their high deductibles come delivery time around the beginning of November. Deductibles of thousands of dollars must be met before insurers will cover any medical claims. Even higher out-of-pocket maximums could mean medical bills as high as $13,700 just for having a baby.

Following a unanimous vote of the Health Care for All Colorado (HCAC) Board of Directors this week, HCAC is officially supporting Colorado Amendment 69 – the ColoradoCare state health care financing system.

Health Care for All Colorado continues to work and strive for a publicly-funded universal health care system, and is excited about the prospect of a fundamental shift in how health care is financed in Colorado that would move us significantly in this positive direction. Many activists and supporters of HCAC worked long hours with the ColoradoCareYES campaign to deliver 109,131 valid signatures to the Secretary of State, officially securing a spot on the November 2016 election ballot. With less than a year to go, this will be a long and intense fight and we need your support.